The Boston Globe Applauded 'Spotlight,' And Now The Vatican Is, Too 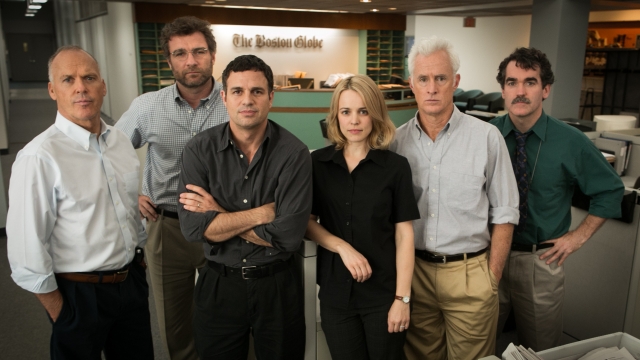 "Spotlight," best picture contender at this year's Oscars, has earned massive critical praise for its retelling of the Boston Globe's investigation into sex abuse within the Catholic Church.

It even got the praise of the Boston Globe staff for the film's accuracy in depicting the real-life players in the story. (Video via Open Road Films / "Spotlight")

But Thursday, "Spotlight" probably got the highest praise of all. It was screened at the Vatican for a commission on clerical sex abuse.

The commission is meeting for a three-day conference to find better ways to protect children and prevent abuse by priests. The group was founded in 2014 as part of Pope Francis' pledge to fight child abuse within the church.

One member of the commission, who was abused by a London priest as a child, told the Los Angeles Times, "The film is extremely worrying about the cover-up of abuse in the Catholic Church, and I think it would be a good moment for the pope to see it."

And though the pope wasn't actually at the Vatican screening, Vatican Radio has praised the film in the past calling it "honest" with "extraordinary performances."

And that feedback is exactly what those involved with the film wanted. Mark Ruffalo, nominated for an Oscar for his role in the film, said at the 2015 premiere, "I hope the Vatican will use this movie as a perfect opportunity to begin to right these wrongs." (Video via Open Road Films / "Spotlight")