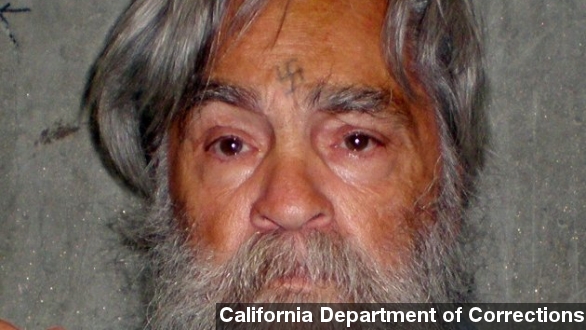 Notorious mass murder Charles Manson, who is 80 years old and serving a life sentence, is apparently getting married — according to his 26-year-old girlfriend, at least.

The Associated Press first reported a marriage certificate filed Nov. 7 authorizes Manson to wed his girlfriend of nine years, Afton Elaine Burton. The license is currently being processed in Corcoran County Jail, where Manson is being held. (Video via ABC)

Manson has been behind bars ever since he was convicted of orchestrating a series of seven brutal killings in 1969. He became notorious for his murderous cult of followers and chilling apocalyptic ramblings. (Video via MSNBC)

Burton, who goes by the name "Star" at Manson's suggestion, is a longtime Manson supporter who strongly maintains that he's innocent of all crimes. In addition to marrying for love, she told the AP marriage will get her access to "information" which will supposedly exonerate Manson. (Video via YouTube / ATWARwithlies)

Burton's been very public about her intention to marry cult leader, and she's become an object of some media fascination as a result. But a CNN correspondent who spoke to Burton in 2009 says she's not doing this for the attention.

TED ROWLANDS: "She really loves Charlie Manson. Bottom line. Having met her, I can say that unequivocally. It is what it is."

But while Burton's been very enthusiastic about her relationship to Manson, he hasn't been quite so lovey-dovey. Manson told Rolling Stone last year the wedding was "a bunch of garbage. ... We're just playing that for public consumption."

Married or not, Manson won't be up for parole until 2027, and he's lost his last 12 parole hearings. As a life prisoner in California, Manson's also not eligible for conjugal visits.