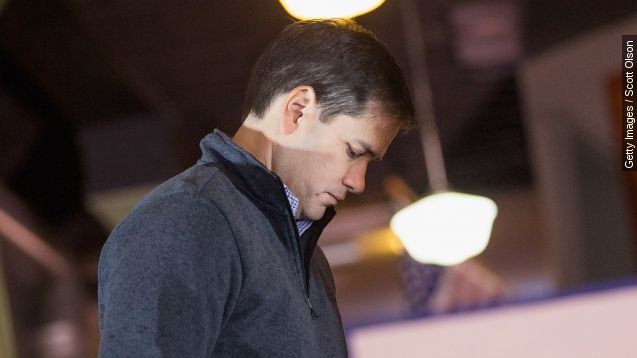 Rubio's lawyers are in court this week fighting claims the senator can't run for president because he isn't a "natural born citizen." A lawsuit alleges that because his parents weren't U.S. citizens until four years after his birth, he is ineligible to run under Article 2 of the Constitution. That article basically says you have to be "natural born" to be president but doesn't actually define what that means. (Video via Marco Rubio for President)

Rubio's citizenship has been contested before. The question popped up in the 2012 election when rumors swirled that Rubio was a potential running mate for Mitt Romney.

Donald Trump, one of the original "birthers" who doubted President Obama's citizenship, first brought this to the 2016 Republican primary with another candidate: Sen. Ted Cruz. Cruz was born in Canada, but his mother is a U.S. citizen. He's fought back by saying his citizenship is "settled law." (Video via Cruz for President)

The argument over what a "natural born citizen" actually means has been going on for years, and the only group who could actually define it, the Supreme Court, has never done so.

When it comes to Rubio, it's a bit easier to determine. He was born in Florida and no matter who his parents were at the time of his birth, thanks to the 14th Amendment, which created "birthright citizenship," he'd be considered a "natural born citizen." (Video via Marco Rubio for President)

Rubio's lawyers have asked a judge to throw out the case, noting that under the logic of the suit, "at least six Presidents of the United States were not natural born citizens and were therefore ineligible for that office."