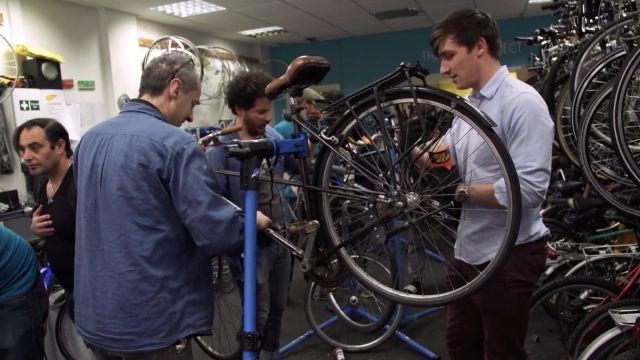 SMS
Bikes Could Help Refugees Get Started In The Right Direction
By Melissa Prax
By Melissa Prax
May 31, 2017
This London-based project began four years ago, but its founders want to expand the idea to other cities.
SHOW TRANSCRIPT

For refugees who came to London with nothing, a bike can get them going.

The Bike Project fixes old bikes and gives them to refugees.

The project has been around for four years and can now give about 90 bikes a month to people who need them. 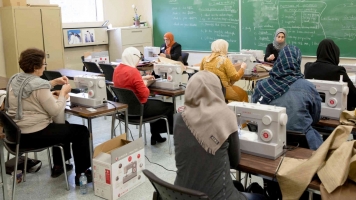 Refugees starting out might have a hard time finding a job. And those who have a job might make a low wage because education and experience don't always transfer from country to country. That can make public transportation a big expense in a city like London.

"Sometimes I walk; I walk because I haven't got money to travel," said Koffi, an asylum-seeker from Ivory Coast. "Two hours and half, three hours, I walk. But now, I have this bike."

The project is run by employees, volunteers and even some refugees. So how does it work?

They fix donated bikes, and a portion of those are sold to regular customers. That covers the cost to fix bikes for refugees.

The founder said he wants to expand the project to other cities.

And more than a million asylum-seekers came to Europe in 2015; that could mean a greater need for putting refugees on two wheels.