The Biggest Flaw In 'X-Men: Apocalypse' Seems To Be Apocalypse Himself 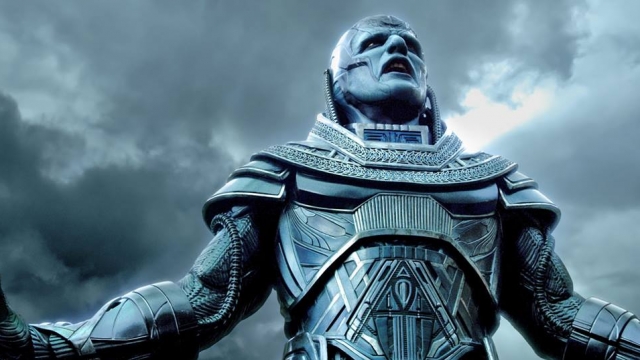 Critics have not been pleased with the latest film in the "X-Men" franchise.

That seems to be the dominating theme of all the films in the "X-Men" franchise. But some critics are saying the world didn't need the latest one: "X-Men: Apocalypse."

Now, this is technically the ninth film in Fox's "X-Men" movie universe, if you count the Wolverine and Deadpool films.

So the question becomes, how does the studio make this latest superhero film live up to all the rest?

Enter what's supposed to a villain even more evil than Magneto: Apocalypse. He's an ancient mutant bent on destroying humanity. But he also seems to be the movie's biggest flaw when it comes to reviews.

A writer for Gizmodo said: "[Apocalypse is] supposed to have this grand, centuries-old, frightening presence. But it never materializes on screen ... because he looks so silly and is so underwritten."

While Vox's review said: "The main problem with Apocalypse is intent. ... We only know Apocalypse wants to destroy the world because he watched some bad television and grunted."

Still, reviewers have praised some of the new casting choices for the film and performances by returning stars Jennifer Lawrence and Michael Fassbender.

And "X-Men: Apocalypse" is a superhero movie, so no matter what reviews say, it's still bound to bring in a lot of cash this weekend at the box office.

The movie has already grossed more than $115 million internationally, and experts predict it'll bring in as much as $100 million domestically this Memorial Day weekend.

This video includes images and clips from 20th Century Fox.