The Big Moneymakers Of March Madness 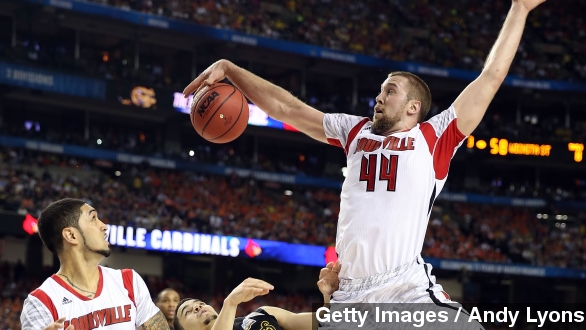 SMS
The Big Moneymakers Of March Madness
By Evan Thomas
By Evan Thomas
March 20, 2015
The annual NCAA basketball tournament has an enormous television presence, and its revenues have only been growing in recent years.
SHOW TRANSCRIPT

March Madness is expensive, and not just because it's expected to cost employers nearly $2 billion thanks to distracted employees watching the games on the clock.

It's a powerhouse television event. The NCAA cut a deal with CBS and Turner Broadcasting in 2010 for a 14-year rights deal to broadcast the tournament. It was a $10.8 billion value.

But for CBS, it appears to be paying off. Numbers showed ad spending for 2013 contest, for example, way outpaced spending for Super Bowl ads. Freakonomics' Stephen Dubner talked to Marketplace:

"The NCAA tournament was worth 35 percent more to the networks last year. They took in a billion dollars in revenue, which as of now makes March Madness the most valuable postseason sports franchise on TV," Dubner said.

In person it’s a bit cheaper. According to Money, afternoon game tickets can be had this year for less than $10. Full admission to round 2 and 3 games go for quite a bit more, at $750.

Ticket revenue totaled $71.71 million last year, according to numbers from Statista, and it’s been climbing for the last four years.

Players, controversially, don’t see any of that revenue. Under NCAA rules, they’re student-athletes and not eligible to receive payment for playing.

This despite the cash they bring in. According to one breakdown in The Washington Post, the average NCAA player is worth $212,080 to their school every year when it’s all said and done.

Speaking of: how’s your bracket doing? Mathematically, your chances are pretty awful. DePaul professor Jeff Bergen broke it down. (video via ESPN)

Using straight mathematics, ignoring any insight or logical assumptions you could make about how college basketball works, your odds of hitting a perfect NCAA bracket are 1 in (9.22 quintillion) 9,223,372,036,854,775,808. (Video via DePaul University)