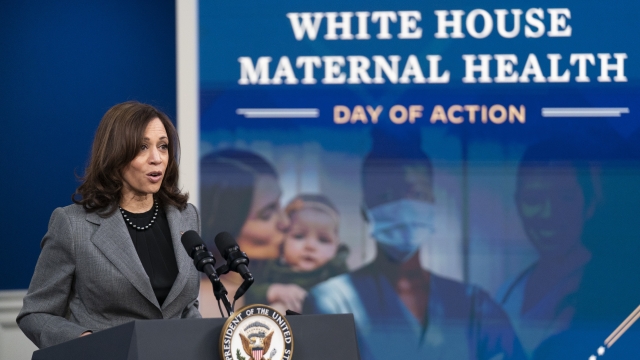 The numbers are staggering: Nearly 700 women in the U.S. die each year from pregnancy-related complications. Now, the White House is working to tackle the issue.

It presented a blueprint for states, the federal government and private companies Tuesday to address maternal mortality.

According to the latest numbers from the CDC, in 2019, about 20 of every 100,000 live births resulted in the death of the mother. That's an increase from 2018 when the rate was about 17 for every 100,000. The causes vary, especially when it comes to so-called fourth-trimester losses. That's a death occurring up to one year after the end of the pregnancy.

Dr. Shannon Pursell, executive director of the Virginia Neonatal Perinatal Collaborative, says some of it points back to mental health and a lack of access to treatment.

"We know that once baby comes into the picture that most moms, that maternal factor really kicks in, and now it's everything about baby. ... And a lot of times mom really kind of puts her priority for herself at the bottom of the barrel."

When it comes to maternal mortality disparities, Black women are three times more likely to die from pregnancy complications. Those statistics are unchanged regardless of education or income level.

"We have our normal things where hospitals, all hospitals need to be following evidence-based protocols for treatment of certain medical conditions. But what we're finding, particularly around Black women, is that unfortunately, it is structural racism and a bias that is deep-rooted in our health care system that are causing these disparities of care," said Dr. Tamika Auguste with The American College of Obstetricians and Gynecologists.

"They're not being listened to, for whatever their concerns are. For example, there is still this very untrue thought that Black people feel pain differently than white people. And that's being transferred to Black women in around pregnancy are not being heard when it may come to their pain when something is wrong. And that's where we're going awry," said Auguste.

While the White House event was meant to bring attention to maternal deaths, it was also a push to pass the president's "Build Back Better" initiative, which in addition to $3 billion in maternal health funding would require states to provide 12 months of postpartum Medicaid coverage. That's up from the typical 60 days. That bill has already passed through the House and is now in the hands of the Senate.