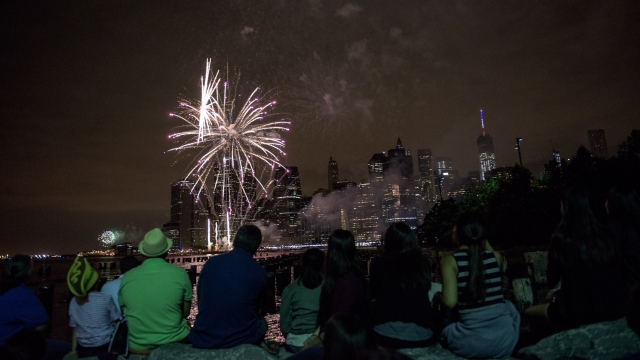 SMS
The Best Part Of The Fourth Of July Can Be The Worst For Some Veterans
By Lindsay Gloor
By Lindsay Gloor
July 4, 2016
The climax of the Fourth of July holiday can cause stress for the people we're celebrating.
SHOW TRANSCRIPT

There's no doubt the Fourth of July is a day to celebrate those who have defended our nation's independence, but one nonprofit wants to remind Americans that fireworks can create stress for military vets.

Last year, the organization, called Military with PTSD, distributed 4,372 yard signs free of charge to veterans who requested them, according to its Facebook page.

Experts say fireworks can trigger "a range of reactions" including "becoming more alert and vigilant" and "even flashbacks" in some combat veterans.

Military with PTSD founders say they don't want to stop fireworks, but they do hope neighbors will give these veterans a heads up.

One veteran told NBC: "On the Fourth of July, I'm going to pop my own fireworks. But when you get woken up at two, three o'clock in the morning, it brings back those memories."

According to the Department of Veterans Affairs, between 11 and 20 percent of military veterans who've served in the Vietnam War, the Gulf War, Iraq or Afghanistan suffer from post-traumatic stress disorder in a given year.

This video includes clips from the U.S. Army and the U.S. Marine Corps and images from Getty Images. Music provided courtesy of APM Music.