The Beginning Of The End For $200 iPhones? 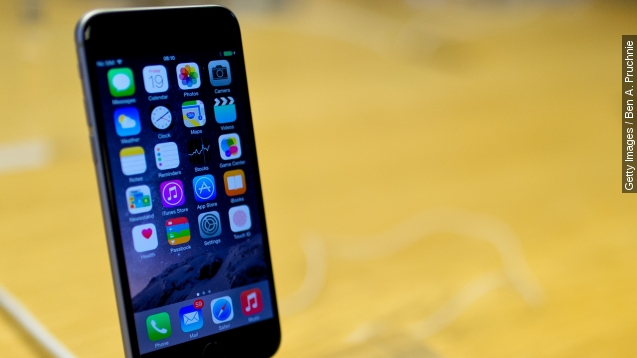 SMS
The Beginning Of The End For $200 iPhones?
By Cliff Judy
By Cliff Judy
June 6, 2015
This week, Apple switched out its options for buying iPhones in the Apple Store, eliminating the subsidized, cheaper phone option for AT&T customers.
SHOW TRANSCRIPT

So there's some somewhat confusing news about buying that new iPhone you've been pining for. If you're an AT&T customer, your payment choices just got narrowed down. (Video via Apple)

Overnight Thursday, MacRumors noticed Apple switched out its options for buying iPhones in the Apple Store. Once you click the model and color you want, AT&T customers only have the option to buy one under an AT&T Next rate plan.

"Yeah, so with AT&T Next, you get the new iPhone for zero down," AT&T's commercial said.

Sure, that sounds nice — it's a commercial, so it's supposed to — but this means you can't go to Apple Store anymore and make a one-time payment to buy a cheaper, subsidized phone.

By "cheaper" and "subsidized" phone, we mean much cheaper and heavily subsidized. The 16GB iPhone 6 costs $649 on its own. When carriers like AT&T, Verizon and Sprint get you to sign one of those irksome two-year contracts, they pay Apple a subsidy to knock your price down to $199. (Video via Apple)

By getting rid of the subsidy, AT&T customers shopping in the Apple Store will now pay for the phone through a charge to your monthly bill.

T-Mobile already adopted this strategy more than two years ago and, through a variety of strategies marketing itself as the "Uncarrier," it's had some pretty impressive subscriber growth.

The industry as a whole seems to be moving toward this installment system, albeit slowly. The obvious benefit to the wireless carrier is it doesn't have to put up that $450 every time someone buys an iPhone. The benefit to the consumer is you can get upgrades sooner and you're not, as T-Mobile put it, stuck in a contract.

Alright, so that's the change explained. But what's the difference in cost?

The Verge published an exceptionally thorough article on just that. It made the comparison using a 16GB iPhone 6 with a data plan of 3GBs a month.

Now, for those who don't like change or don't care that they're under contract, you still have the old option. For now, at least.

AT&T's website still has the subsidy plan active if you decide to buy through them instead of the Apple Store. With the industry looking ever more seriously at the installment system, though, who knows how long a $200 iPhone will exist?