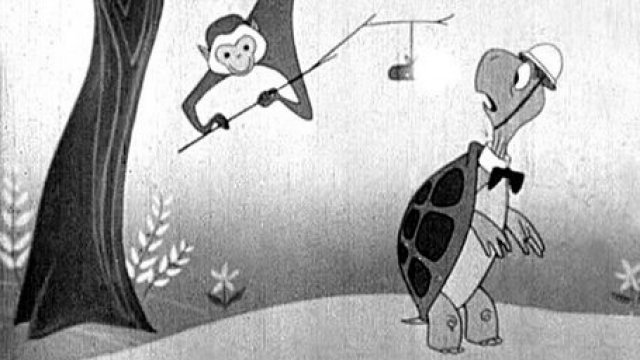 SMS
'The Atomic Age': How The Era Of Nuclear Anxiety Affects Us Today
By Casey Mendoza
By Casey Mendoza
July 16, 2018
July 16 is the anniversary of the first successful atomic bomb test.
SHOW TRANSCRIPT

From 1945 to 1992, the United States officially conducted 1,054 nuclear tests. That's more than any other country in history, and it all started on July 16, 1945, when the first successful atomic bomb test ushered in a new era of nuclear anxiety.

Historians call this era "The Atomic Age," when the threat of the atom bomb saturated the daily lives of Americans. After the start of the Korean War, the Federal Civil Defense Administration published around 400 million survival guides to prepare civilians in the event of a nuclear attack.

Outside of public service announcements, the fears and anxieties surrounding nuclear threats permeated pop culture. The 1964 film "Dr. Strangelove" best exemplifies this, as it used humor to dissect topics like doomsday devices, deterrence theory and diplomatic struggles with the Soviet Union.

The film didn't have the most optimistic ending, but nuclear war really isn't something you should be optimistic about. Director Stanley Kubrick called his political satire a "nightmare comedy," but critics and historians now see it as a scarily accurate cautionary tale. 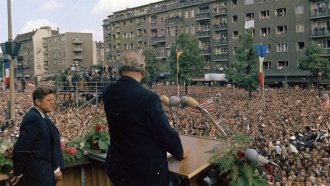 Outside of the U.S., films from Japan regarded the atomic bomb with more perturbed horror. In 1955, director Akira Kurosawa released "I Live in Fear," a film that dealt with the psychological concerns of nuclear testing, fallout and radiation.

The film was inspired by American nuclear tests on Bikini Atoll, where a fallout cloud once exposed Japanese fishermen to radioactive ash and rain. 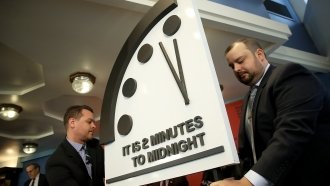 Here's How The World Can Turn Back The 'Doomsday Clock'

Today, the legacies of the atomic age feel like artifacts of World War II and the Cold War. But despite global efforts to stop the spread of nuclear weapons, doomsday anxieties are picking back up.

North Korea began openly testing nuclear weapons in 2006. Those actions led to heavy ridicule in U.S. films, but in 2017, the country claimed it had successfully tested its own hydrogen bomb — one that could be nearly 17 times more powerful than the one that hit Hiroshima.