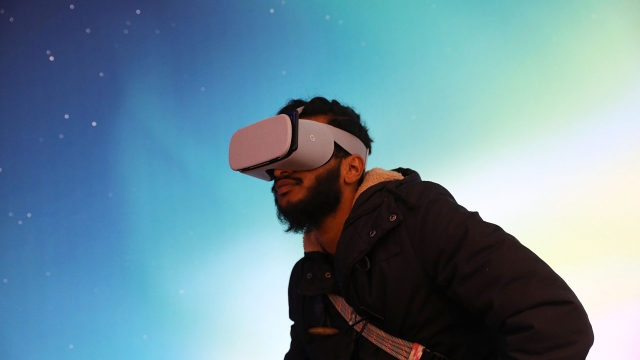 Is reality real? You might say, "Well of course, you dumbo, look around."

"My creaky knees and mortgage are too real."

But what if reality is a sophisticated simulation? A computer simulation, to be more precise.

A realistic experience concocted by "posthumans" who have harnessed nature's physical and technical power and then direct it to create supercharged computer codes.

If true, our "reality" is just one Babushka Doll nested inside other simulations. In which case, what’s the likelihood that we're living in the one true base reality? Some leading thinkers argue the simulation theory is plausible.

Neil Degrasse Tyson. Elon Musk. The most notable is Nick Bostrom, a Swedish-born Oxford professor and director of the Future of Humanity Institute. He published a paper titled "Are You Living In A Computer Simulation?" Think of it as the Magna Carta of the topic. There are three propositions (all as likely as the next, he says), and he argues that at least one is true:

"(1) the human species is very likely to go extinct before reaching a "posthuman" stage;

"(2) any posthuman civilization is extremely unlikely to run a significant number of simulations of their evolutionary history (or variations thereof);

"(3) we are almost certainly living in a computer simulation."

Bostrom's paper includes numerous formulas, like "the actual fraction of all observers with human-type experiences that live in simulations." Makes E=mc squared look like a napkin doodle.

However, if proposition two is true, some posthumans might decide to run "ancestor-simulations," and that’s how we would — or have — ended up in a simulation. Think of it this way: First, there were biological humans who evolved into posthumans, and those posthumans programmed simulations that created reality as we know it — us, our friends, our mates, our cats and dogs, everything.

Where's the evidence? First, our ability to program highly sophisticated simulations and AI just a few short years after computers became common. Also, pretty much all computer programs need tweaking eventually, which could hold clues. James Gates, a physics professor, says he has come across "error-correcting codes" while studying quarks and electrons. This, according to Scientific American, led Gates to no longer dismiss believers as "crazy."

Still, Gates said he would need a lot more evidence to convince him. A writer in the New Yorker toyed with the idea that the "La La Land"-"Moonlight" mixup at the 2017 Oscars was suggestive of a glitch, or maybe a hacker. Otherwise, how could such a thing happen?

Not everybody in the multi-degreed set are willing to seriously entertain the simulation idea. Lisa Randall, a theoretical physicist at Harvard, is one of them. "It's just not based on well-defined probabilities," she told Scientific American. Then there is this: Quantum research shows we have a universe too complex to be within the scope of any simulation. Of course, that could be part of the simulation. The world may never know.