The Anatomy Of An ISIS Supporter 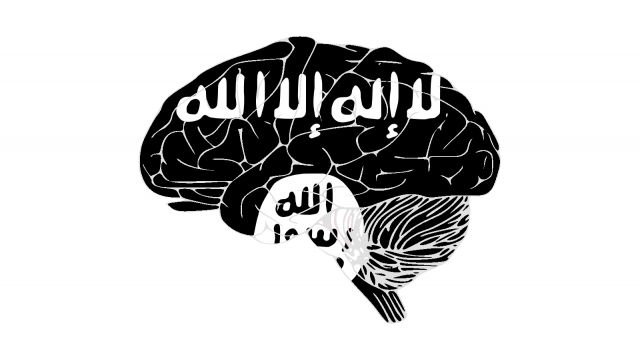 SMS
The Anatomy Of An ISIS Supporter
By Jake Godin
By Jake Godin
June 21, 2016
Anne Speckhard has interviewed over 500 terrorists/extremists or their family members. So what does she think the typical ISIS supporter looks like?
SHOW TRANSCRIPT

What's the anatomy of an ISIS supporter?

"ISIS is looking for someone that's vulnerable, hurt … has something that they're angry about and can be drawn into a mindset of geopolitics that shows that Muslims are under attack and there's something they can do about it."

Newsy spoke with Anne Speckhard, an adjunct professor in the psychiatry department at Georgetown University Medical School and the director of the Center for the Study of Violent Extremism.

She's interviewed almost 500 terrorists/extremists or their family members. So we asked her what she thought the typical profile of someone wanting to join ISIS looks like.

"There is no profile of someone that's going to join ISIS. So they have to do it over the internet, and they're very happy to recruit extremely mentally ill people and ask them to go get a gun or drive their car and kill a lot of people in the name of ISIS."

"But there's also lonely people, people that are off their track, people that are angry about geopolitics, people that have different needs. Maybe they feel discriminated against, maybe they're not feeling good in their lives, and suddenly ISIS comes over the internet and starts talking to them and starts meeting their needs."

"Anybody that they can get their talons into is ideal for them."

"It's easier to recruit in Europe because they can do it face-to-face, so there's actual recruiters on the street. They go to ghettoized neighborhoods, and they can pour gasoline on low-level fires."

"In Paris, in Brussels, in Antwerp, there are whole neighborhoods of North Africans and other immigrant groups, second-generation. Some of them went to college, but they're facing high unemployment, higher than normal, relative deprivation. They feel discriminated against, alienated and marginalized. So they have this low-level anger."

"They know it's not fair, and they don't know what to do about it. ISIS comes and says: 'This is your religion' — because these are Muslims they are talking to — 'This is your religion, and I can offer you something much better. And it's an alternative world governance, and come to the caliphate.'"

"They're talking to people that were angry about Afghanistan, angry about what's going on in West Bank and Gaza, angry about Iraq, and now they're angry about Syria. And now they have someplace to go, and it's easy to get to — all you have to do is fly to Istanbul, keep going."

"If you're a young kid in Molenbeek, you're facing 45 percent unemployment. They offer you a job, an adventure, meaning, purpose, dignity, inclusion — being Muslim is a good thing — and a wife and a sex slave."

Even sex can be a motivating factor for some potential recruits.

"I call it sex now. When women offer themselves to a young guy and say, 'I want to be with a mujahideen, and I'm willing to marry you and have sex with you,' I mean, come on, that's a real motivator. There are, you know, if you're unemployed and you're not going anywhere, it's hard to attract a woman to be sexual with you."

As for what can be done to help prevent radicalization, Speckhard says there needs to be more involvement from both religious and medical professionals.

"We need hotlines, we need rapid intervention teams, we need psychologists that will go out and talk to these kids or older adults, and also we need imams that can say, 'You know, you don't really have the right version of Islam and most people don't even consider this Islam and this is really hateful.' you know, between an Imam and a psychologist they can get to, 'How did this hook you? What's inside of you that resonates to this?'"