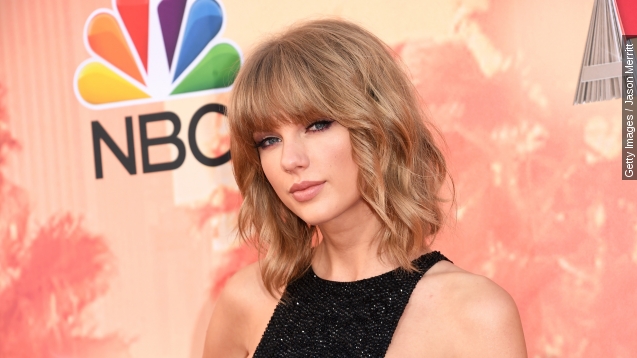 Jesse Braham, an R&B artist who goes by "Jesse Graham," has filed a $42 million lawsuit against Taylor Swift for allegedly stealing lyrics from his 2013 song "Haters Gone Hate."

According to Braham, T-Swift's dance-worthy chorus in "Shake It Off" was pulled from his song's lyrics: "Haters gone hate, playas gone play. Watch out for them fakers, they'll fake you every day."

Braham told the New York Daily News, "If I didn't write the song 'Haters Gone Hate,' there wouldn't be a song called 'Shake It Off.'"

OK, there are some similarities with the lyrics — but it's going to be hard to prove Swift did anything wrong. The two songs do not sound even remotely similar. (Video via Big Machine Records / Taylor Swift, New Day Worldwide).

What's more, Braham is representing himself in court, and a legal source told Perez Hilton, "The Copyright Act does not protect short phrases, and these phrases are not original to him."

On top of the $42 million he's seeking in damages, Braham wants his name added as a songwriter on "Shake It Off." Earlier, he had only asked for a selfie with Swift — because that's apparently enough compensation for him. (Video via Big Machine Records / Taylor Swift)