The Midterm Elections Resulted In Some Historic Wins 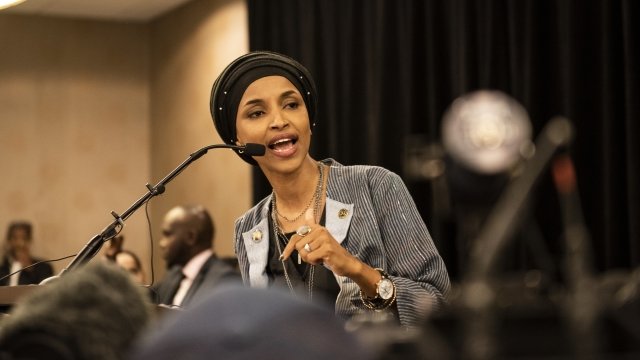 With a record number of women and LGBTQ candidates running for office in 2018, it seems fitting that Tuesday's midterm elections resulted in some historic firsts.

With some races still to be called Wednesday morning, at least 95 women had already won seats in the House. That beats the chamber's current makeup of 84 congresswomen.

As Newsy previously reported, one of this year's winning candidates was Alexandria Ocasio-Cortez from New York, who at age 29 is the youngest woman ever to be elected to Congress.

There's also Minnesota's Ilhan Omar and Michigan's Rashida Tlaib, who are the first Muslim women to be elected to Congress.

And voters in Kansas and New Mexico elected the first two Native American women to serve in the House. That outcome also makes Sharice Davids the first openly LGBTQ person to represent Kansas.