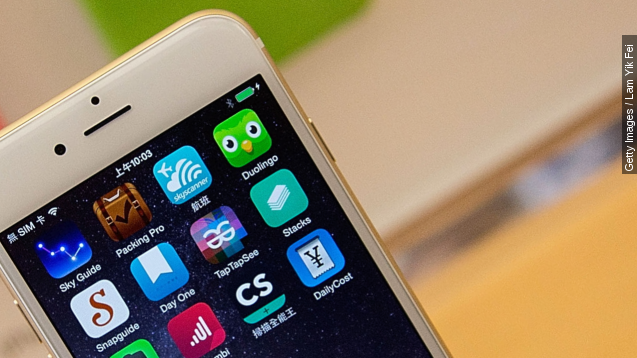 SMS
The 2015 Pre-WWDC Apple Rumor Roundup
By Evan Thomas
By Evan Thomas
June 5, 2015
New hardware, a sleeker iOS and home automation: everything that might — or might not — be coming from Apple’s annual developer conference.
SHOW TRANSCRIPT

Apple’s Worldwide Developers Conference is right around the corner, which means it’s time to round up this year’s rumored announcements and debuts.

Apple hasn’t touched its Apple TV hardware since 2013, despite numerous expectations to the contrary the past couple of years. Many think this time will be the charm.

And for what it’s worth, an upgraded Apple TV could play nicely with HomeKit, which has been in a sort of stealth mode since it was announced at last year’s WWDC. (Video via Apple)

That’s Apple’s system for smart home electronics and the Internet of Things, and Apple has just let some of the first Internet-enabled things through its approval process. (Video via CNBC)

iOS 9 is expected to inch closer, though it’s believed to be a house-cleaning update that tweaks things under the hood to improve performance, rather than one that introduces any new groundbreaking features.

With the possible exception of music, that is. AppleInsider notes recent iOS betas have shown off an updated music app. (Video via AppleInsider)

And there are rumors of streaming offerings flying thick and fast.

Remember, Apple bought Beats in May 2014, in a $3 billion deal that’s thought to be part of a new push into streaming. (Video via Beats Electronics)

Now, just days ahead of its developer conference, Apple is still said to be in talks with music studios over who gets what proportion of streaming revenues.

Bloomberg reports they’re hoping to wrap up before WWDC starts on June 8.