The US Deports People In 2 Main Ways. The Difference Is Crucial. 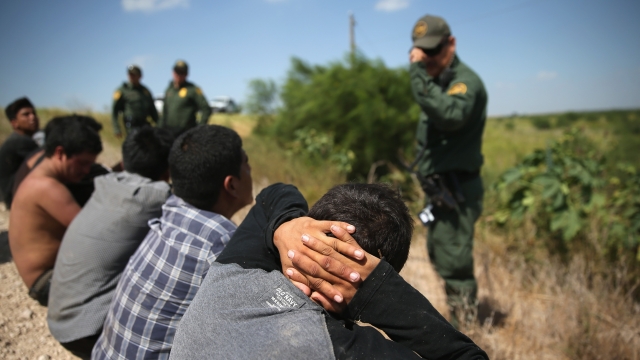 SMS
The US Deports People In 2 Main Ways. The Difference Is Crucial.
By Kate Grumke
By Kate Grumke
February 24, 2017
Under former President Barack Obama, total deportations from the U.S. were down, but the harshest type of deportation was up.
SHOW TRANSCRIPT

There are two different ways the U.S. deports undocumented immigrants, and understanding the difference is really important.

It's how we end up with headlines like "Obama Has Deported More People Than Any Other President" and like "Report: Obama has lowest rate of deportations since Nixon," both of which are correct in their own way.

That's because undocumented immigrants who are deported are either removed or returned.

Removal is a formal court procedure that carries heavier consequences. For example, a foreign national ordered removed after being apprehended in the U.S. typically can't come back for 10 years.

A return, on the other hand, is a voluntary departure or withdrawing of an application. It doesn't carry as heavy legal ramifications, and the majority of returns once were at the border.

When you just look at removals, you can see there was a surge starting with the Clinton administration that carried through Obama's presidency. And yes, Obama removed more people than any other president — more than 2 million total.

But when you add returns to this graph, you can see why just looking at removals doesn't paint the whole picture. Altogether, the most people were deported in 2000, the last year of Clinton's presidency. In the past two presidencies, there have been fewer total deportations.

Related StoryFewer Migrants Are Crossing The US Border. So Why Are More Dying?

What really changed under Obama, though, was how he deported people.

Most recent presidents mainly used returns, but there was a stark change under Obama, who focused on the more serious removals.

All of this takes a lot of government resources, so presidents often have to decide which groups of undocumented immigrants they want to prioritize.

Under the Obama administration guidelines, about 1.4 million people would have been prioritized, including repeat immigration offenders and convicted criminals, but Trump is expanding his target by a lot: to an estimated 8 million people.

That will take a lot more resources, from law enforcement and from immigration. And it will affect a lot more immigrants and families living in the country without authorization.