The 10 States With The Highest Foreclosure Rates 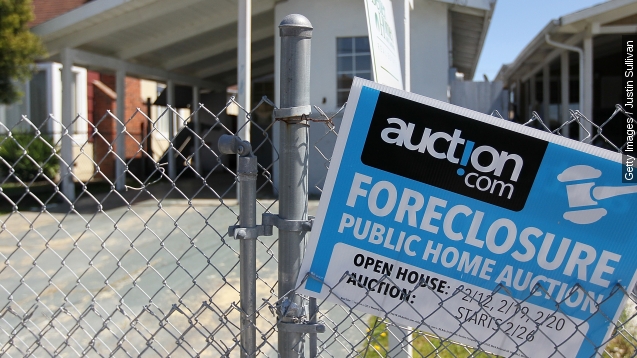 SMS
The 10 States With The Highest Foreclosure Rates
By Kate Grumke
By Kate Grumke
July 17, 2015
Nationally, foreclosure rates are down from this time last year, but some states are still much higher than the rest of the U.S.
SHOW TRANSCRIPT

The housing bubble may have burst years ago, but there are signs the U.S. is still feeling the effects.

About two-thirds of all home loans in some state of foreclosure originated between 2004 and 2008, according to a report from RealtyTrac.

Nationally, about one in every 221 homes is in some state of foreclosure. But that rate is much higher in certain states. These 10 states have the highest rates of foreclosure in the country.

At the top of that list is Florida, which has a foreclosure rate of about 1 in every 95 homes. But there is a bright side. That rate is down 22 percent from last year.

The next state on the list, however, is getting worse. In New Jersey about one in every 109 homes is in some state of foreclosure, and that rate is up 24 percent. And, New Jersey has the longest timeline for foreclosure completion at 1,206 days on average.

And the third state on the list, Maryland, had the same rate as New Jersey with one in every 109 homes, but that state's rate isn't increasing. It was down about 1 percent from last year.

But despite those struggling states, nationally, the rate of foreclosure is down 3 percent from the same time last year.

To find out why those states are at the top of the list, go to MSN.com.