That Time One Direction Called Out Taylor Swift In 'Perfect' 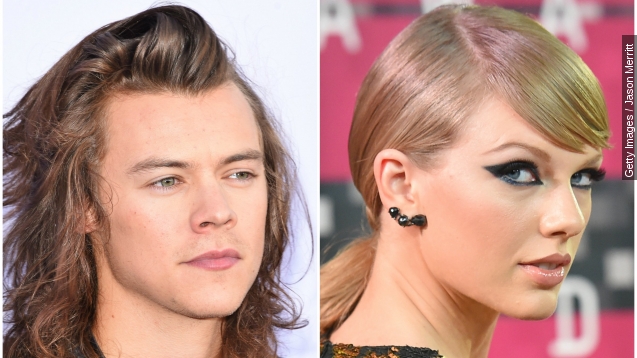 SMS
That Time One Direction Called Out Taylor Swift In 'Perfect'

By Lexie Hammesfahr
October 21, 2015
One Direction released the music video for "Perfect" on Tuesday, but the real headline is how the video references Taylor Swift's video for "Style."
SHOW TRANSCRIPT

Tuesday night, One Direction was forced to cancel a concert after Liam Payne got sick. So what do you do as an apology? Oh, I don't know, probably the usual: release a highly anticipated music video.

The band dropped the "Perfect" music video, which is everything we dreamed of and more, especially since it calls out Taylor Swift's "Style" video. (Video via Sony Music Entertainment / One Direction, Big Machine Records / Taylor Swift)

Let's investigate the passive aggressive behavior of two of the most famous people of our generation.

It has long been speculated that T-Swift's song "Style" was about her ex Harry Styles. Between the name of the song, references to the infamous paper-plane necklace they both wore, and the somewhat more subtle reference to One Direction's "What Makes You Beautiful" beach scenes, Harry's influence was pretty much implied. (Video via Big Machine Records / Taylor Swift, Sony Music Entertainment / One Direction)

And then "Perfect" was released, signifying the moment Styles announced to the world he wasn't going to take that reference lying down. (Video via Sony Music Entertainment / One Direction)

Thanks to what's being called the "defining mashup of our time," we now know just how similar the "Perfect" and "Style" are. The creator of the mashup, 20-year-old Emily Sachs, told Newsy the 1D lyric "if you like midnight driving with the windows down" made her realize it was similar to Swift's lyric "midnight, you come and pick me up." (Video via Sony Music Entertainment / One Direction, Big Machine Records / Taylor Swift)

Which takes us back to the "Perfect" music video. If you scrub a little over half way through the video, you'll see Styles laying on a couch, staring up at the ceiling, with a video of smoke playing on a wall. Does that look familiar? Yep, it does. There's smoke in the "Style" video also. (Video via Sony Music Entertainment / One Direction, Big Machine Records / Taylor Swift)

Let's not forget about the close-up of someone's eyes fading over the New York City skyline, which is the city where Haylor were spotted the most. Swift's entire video is about layering herself and her male music video friend over different landscapes. (Video via Sony Music Entertainment / One Direction, Big Machine Records / Taylor Swift)

Plus, Payne holds up a Polaroid at the beginning of the video. We all know how much T-Swift loves her Polaroids. (Video via Sony Music Entertainment / One Direction)

We're not entirely sure Tay will think Styles has a James Dean look in his eyes after this ... but we still think he does.