That Thanksgiving Turkey May Cost 20 Percent More, Thanks Bird Flu 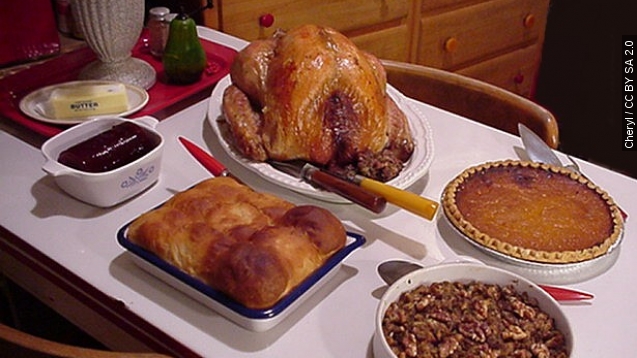 Let's be real. The reason anyone ever comes over for Thanksgiving is typically the food.

Mainly — that turkey. But this year you may want to pass out a tip jar because that bird could cost 20 percent more.

That's according to an agricultural economist at Purdue University.

It's all thanks to that darn avian flu.

And while some farmers took steps to prevent bird flu —

"Part of the reason I didn't have avian flu here, I don't bring anything from outside here," farmer Frank Reese told KWCH.

"Much of the avian flu outbreak happened at factory farms," the reporter said.

Not everyone was that extreme. Bird flu has wiped out millions of birds — including turkeys.

So, now, we're going to pay for it at the dinner table.

But the good news here is the economist expects other traditional Thanksgiving sides, like potatoes and cranberries, to cost the same.

This video includes an image from Didriks / CC BY 2.0.