Thanks, Lorenzo Cain; Everyone In The US Gets Free Taco Bell 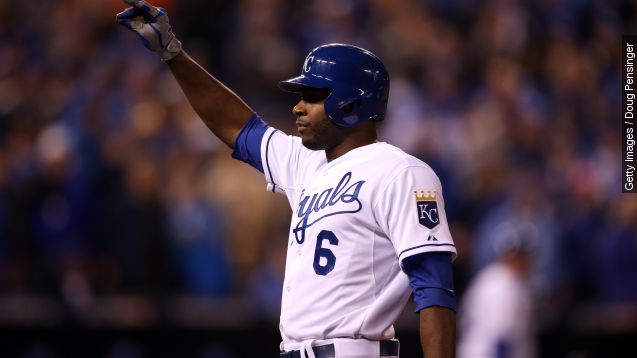 SMS
Thanks, Lorenzo Cain; Everyone In The US Gets Free Taco Bell
By Jamal Andress
By Jamal Andress
October 28, 2015
Don't head to your local Taco Bell for that free A.M. Crunchwrap just yet. You'll have to go on Nov. 5 after the World Series is over.
SHOW TRANSCRIPT

How do you get wary customers to try your new breakfast sandwich? Give it away.

With the World Series in full swing, Taco Bell is running a promotion to give away free A.M. Crunchwraps if a Kansas City Royal or a New York Met steals a base.

And sure enough, during the bottom of the sixth in game one, Royals outfielder Lorenzo Cain stole second, earning everyone in America a free Taco Bell breakfast.

According to a USA Today reporter, Cain said after the game: "I need my Taco Bell before bed. Who wants Taco Bell? It's on me."

Now don't head to your local Taco Bell just yet. You'll have to go on Nov. 5 after the World Series is over.

And considering both teams combined for 16 stolen bases this postseason, it was only a matter of time until Taco Bell gave away free food.