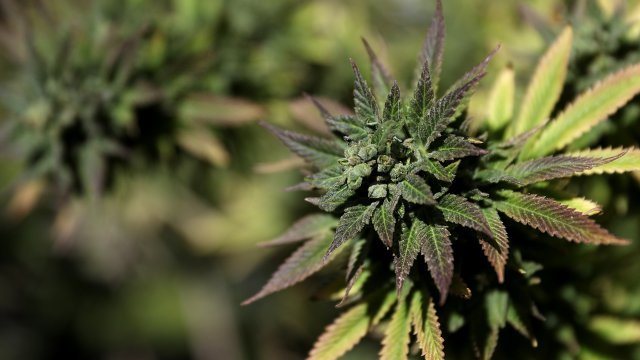 By Stephanie Liebergen
December 25, 2018
Thailand is the first Southeast Asian country to legalize marijuana in any form.
SHOW TRANSCRIPT

Thailand's parliament has given the country's citizens what one lawmaker called "a new year's gift" — of medical marijuana.

On Tuesday, lawmakers voted to change an existing law to allow pot for medicinal and research purposes. Licenses to sell and produce weed products will be strictly controlled, and people can carry certain amounts of the drug if they have a prescription or certificate. The new rules will also apply to kratom, a plant native to the region that's used to treat pain, anxiety and other issues.

Marijuana for medical and recreational purposes is gaining popularity around the world. Canada recently became only the second country to legalize pot for recreational use.

In a region known for strict drug laws and harsh penalties, Thailand is the first Southeast Asian country to legalize marijuana in any way – but it still hasn't approved it for recreational use.