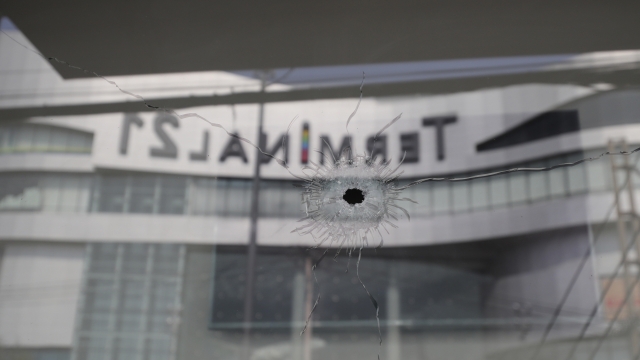 Authorities told the Associated Press they fatally shot the gunman, a Thai soldier, in a popular shopping mall in the city of Nakhon Ratchasima.

"This incident was unprecedented in Thailand," Prime Minister Prayuth Chan-ocha said."I hope this is the only one and the last incident, and that it never happens again. No one wants this to happen."

Reports differ on the sequence of events, but the shooter killed his commanding officer and another person before firing on others at a military base. While there, he took guns and an army vehicle.

After shooting two police officers who tried to stop him near a Buddhist temple, he ended up at the Terminal 21 mall where video shows patrons fleeing as he opened fire.

During the attacks, the shooter posted updates on his Facebook account, which has since been taken down. The ordeal lasted 16 hours before he was fatally shot.