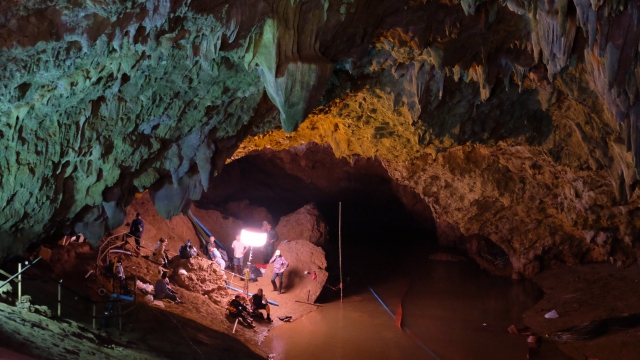 The Royal Thai Navy announced the death of Petty Officer Beirut Pakbara on Friday. He contracted an infection last year while rescuing a youth soccer team that was trapped inside a cave.

Pakbara had been to the hospital over the past year for the infection, but the Royal Thai Navy says he took a turn for the worse when the infection entered his bloodstream. He is the second person who has died in connection with the rescue mission: Another Thai Navy SEAL, Saman Gunan, died last summer while resupplying oxygen tanks.

The dangerous rescue mission last June and July saved all 12 boys and their coach after they spent more than two weeks trapped in northern Thailand's Tham Luang cave.

In Friday's statement, the Royal Thai Navy called Pakbara a hero and offered its condolences to his family.