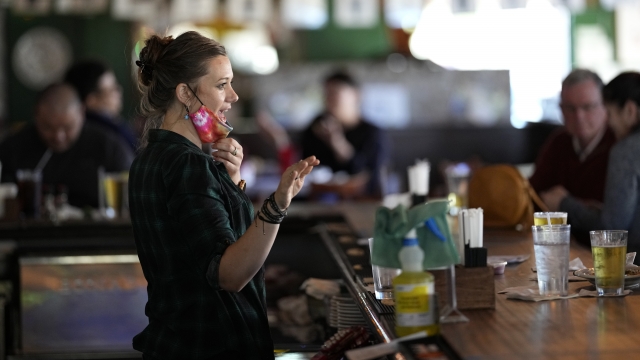 SMS
Texas To Lift Mask Mandate, Businesses To Reopen
By Newsy Staff
By Newsy Staff
March 3, 2021
The CDC has warned states not to ease up on restrictions.
SHOW TRANSCRIPT

Texas will remove its mask mandate and allow businesses to fully reopen next week.

Gov. Greg Abbott announced the change as cases and hospitalizations have declined drastically in the U.S. over the last three months.

But the CDC has warned states not to ease up on restrictions. And the move caught a state lawmaker by surprise.

"I"m stunned," said Rep. Sheila Jackson Lee. "This is going to explode community spread and right in the midst of these variants that are coming. It is the wrong decision and it's dangerous."

If hospitalizations are high in certain areas, the local governments can put limitations on businesses, but are not allowed to limit operations at less than 50 percent.