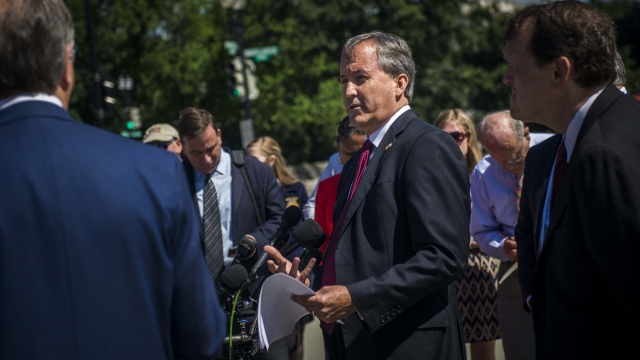 Texas is taking legal action against California over restrictions on taxpayer-funded travel.

Texas attorney general Ken Paxton filed a lawsuit against California on Monday. He's challenging California's law that prohibits the use of taxpayer money for trips to 11 states, including Texas. California accuses those states of discriminating against LGBTQ people.

Texas is on the list after it passed a 2017 bill that allows child welfare agencies to deny adoptions based on "sincerely held religious beliefs." Opponents of the law say it discriminates against LGBTQ parents and children.

Here's some background on California's law. In 2016, it passed Assembly Bill 1887, which prohibited state personnel from using taxpayer funds for travel to states that do not have sufficient LGBTQ protections. Californians can still find other ways to pay for trips, and there are exceptions for certain officials. But the law has forced some to pull out of conferences and other events.

Texas' attorney general filed the lawsuit with the U.S. Supreme Court, asking it to overturn California's travel restrictions. In a statement, California Attorney General Xavier Becerra said his office is reviewing the complaint.