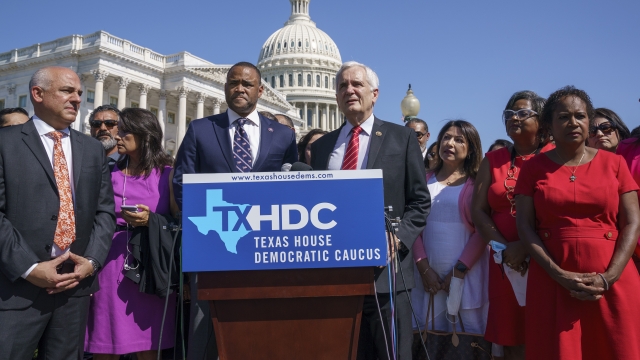 The Texas Senate passed a version of the bill on Tuesday, but without enough House lawmakers present in the state, the bill can't go anywhere.

More than 50 Texas state lawmakers are still in Washington, D.C.

Their goal — to keep their republican colleagues from moving ahead on new election legislation.

The Texas Senate passed a version of the bill yesterday, but without enough House lawmakers present in the state that bill can't go anywhere.

Harris, who is leading the White House's efforts on voting rights, praised the lawmakers for their courage.

But they say they need action from the federal government.

The proposed law would add ID requirements for voting and ban drive-thru and 24-hour early voting in Texas.

But it would also expand early voting hours in some counties and allow voters to fix small mistakes on mail-in ballots.