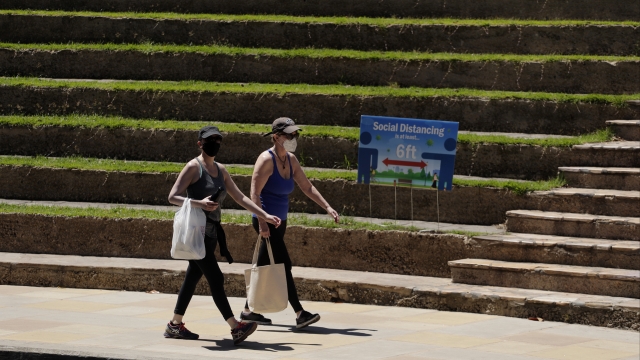 Texas Gov. Greg Abbott allowed businesses to reopen at 25% capacity Friday, but some cities say it's too soon.

As Texas begins to reopen, tensions are rising in the state between lawmakers who remain at odds over COVID-19 economic recovery efforts.

In April, Texas Gov. Greg Abbott announced that retail stores, movie theaters and malls could begin reopening May 1 at 25% capacity. This order overrides lockdown orders and restrictions set by local governments and has sparked backlash in cities like Austin, whose mayor says the state is reopening too soon.

The Hill notes that while Republicans have been more supportive of efforts to reopen, Democrats want the reopening process to be more cautious and science-based.

The outlet reports this division is firing up political efforts ahead of elections in November, with Democrats arguing that the Republican party mismanaged recovery efforts, and Republicans arguing Democrats politicized the outbreak.

The state is not alone in having differing opinions on whether or not to resume business. Across the country states are trying to decide next steps. Georgia is lifting a statewide shelter-in-place order for most of the state's residents, despite criticism from President Trump. Florida will reopen most of the state in the week ahead.