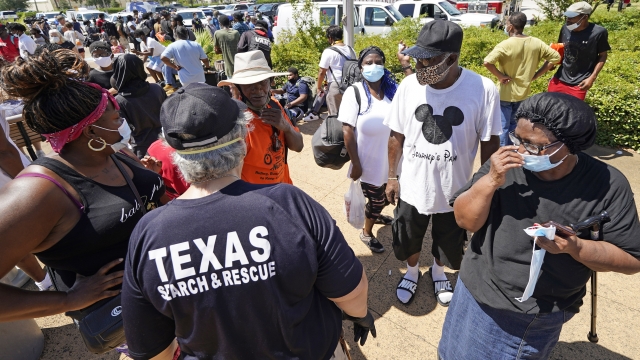 SMS
Texas Prepares For Hurricane Laura To Make Landfall
By Newsy Staff
By Newsy Staff
August 25, 2020
More than 385,000 residents were told to leave cities in danger of being impacted by the storm.
SHOW TRANSCRIPT

Hurricane Laura is quickly approaching the U.S. mainland and is expected to make landfall as a Category 3 storm along the Gulf Coast.

Texas Gov. Greg Abbott has issued a disaster declaration for dozens of counties. More than 385,000 Texans in the storm's path were told to evacuate.

Leaders across the state have upgraded evacuation orders from voluntary to mandatory. Galveston County Judge Mark Henry warned that as the storm passes, people should take the orders seriously because rescue efforts may be strained.

He said, "I'll be honest, we don't have the resources to go door to door and pull people out of their homes and have no intentions of doing that. So, we're giving you the best information that we have - telling you this is not going to be a safe condition."

Laura has been compared to previous hurricanes Ike and Rita. It's expected to cause heavy damage. There's also a possibility of tornadoes, flooding and storm surge as high as 10 feet.