7 States Just Filed A Lawsuit To End The DACA Program 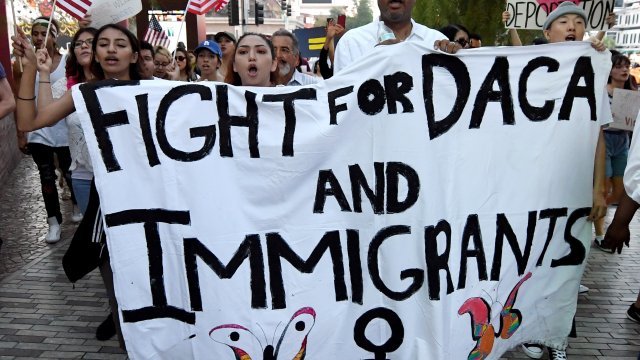 Yet another DACA lawsuit was filed Tuesday, but this time the suit aims to end the immigration program.

The Trump administration tried to end the program in September. Multiple lawsuits were filed to keep it going. So far, three federal judges have sided against the administration and ruled that DACA in some form must continue.

Now this group of seven states wants the complete opposite, which makes DACA's fate even murkier. If we end up with competing federal court rulings, that could set the stage for the case to land in front of the Supreme Court.