Texas Governor: 'We Need To Do More Than Just Pray For The Victims' 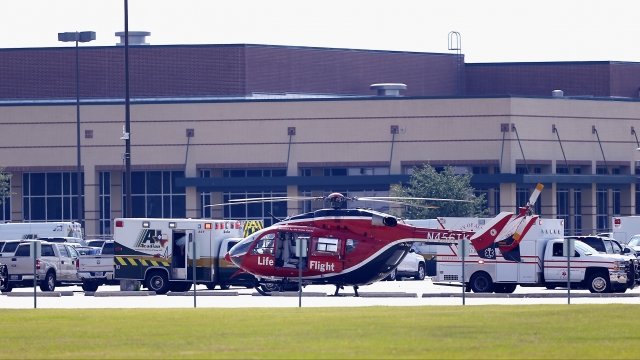 Politicians and leaders are again facing the aftermath of a school shooting.

Ten people were killed and 10 others injured when a gunman opened fire at Santa Fe High School in Texas. Officials have a 17-year-old suspect in custody and two others who are persons of interest.

"We need to do more than just pray for the victims and their families. It's time in Texas that we take action to step up and make sure this tragedy is never repeated ever again in the history of the state of Texas," Gov. Greg Abbott said.

Abbott said he plans to immediately schedule group discussions to try to find a solution to the mass shooting problem. He said those solutions could be changes to background checks or giving schools more resources to address mental health issues.

Investigators say the suspect brought his father's weapons to school. And Texas Lt. Gov. Dan Patrick called on parents to keep their guns under lock and key.

"Your children should not be able, or anyone else, to get your legally owned guns. It is a serious issue. It's one big step that we can take," Patrick said.