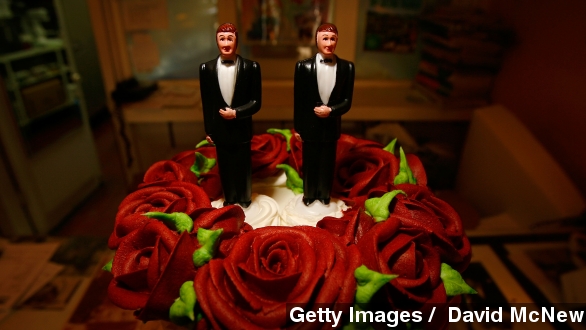 The decision came from Travis County Probate Judge Guy Herman, who ruled as part of an estate case. The case involves an Austin woman looking to get her eight-year relationship with her late partner recognized as a common-law marriage. (Video via KXAN)

"We were actually in the process of planning to have a family," said Sonemaly Phrasavath, the woman seeking to get her marriage recognized.

It's hard to say what sort of effect this will have on same-sex unions in Texas, but an Austin American-Statesman reporter says the Travis County clerk's office will not issue marriage licenses, for now.

This decision comes after a federal judge in Mobile, Alabama, ruled the state's same-sex marriage ban was unconstitutional. Now, judges across the state are arguing if same-sex marriage licenses should be issued. (Video via WIAT)