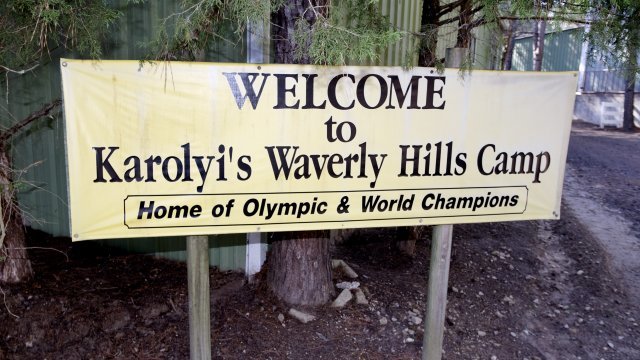 The governor of Texas is calling for an investigation into allegations of sexual assault at the ranch where USA Gymnastics had a training facility.

The Karolyi Ranch in Walker County, Texas, was the national training center for USA Gymnastics until the organization recently cut ties with it amid the sexual abuse scandal involving Larry Nassar.

Several athletes said the former sports doctor sexually abused them at the ranch. Nassar was sentenced last week to 40 to 175 years in prison on multiple criminal sexual abuse charges.

After former team doctor Larry Nassar was convicted, the entire USA Gymnastics board resigned at the request of the U.S. Olympic Committee.

On Tuesday, Texas Gov. Greg Abbott said in a statement the allegations of sexual assault of athletes at Karolyi Ranch "are deeply disturbing and demand thorough and swift justice."

He also said the athletes who trained at the ranch "deserve to know that no stone is left unturned."

The Karolyi Ranch Gymnastics Camp has been permanently closed.