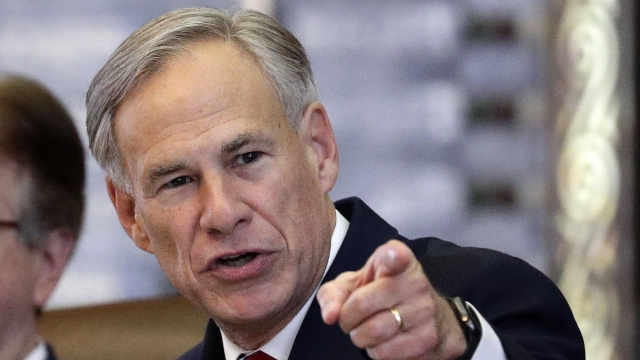 In Texas. the governor is threatening to withhold paychecks for state lawmakers after House Democrats staged a walkout to block a voting rights bill.

In a tweet, Gov. Greg Abbott said he'll veto the portion of the budget that funds the legislative branch saying those who abandon their responsibilities shouldn't get paid.

Democrats walked out Sunday night preventing Republicans from having enough members present to vote on the bill which critics say would make it harder for some groups of people to vote.

House Democrats say it was part of their duty to walk out.

Gov. Abbott says he'll call a special legislative session to pass the bill this fall. Because Republicans control the state's legislature it's expected to pass.