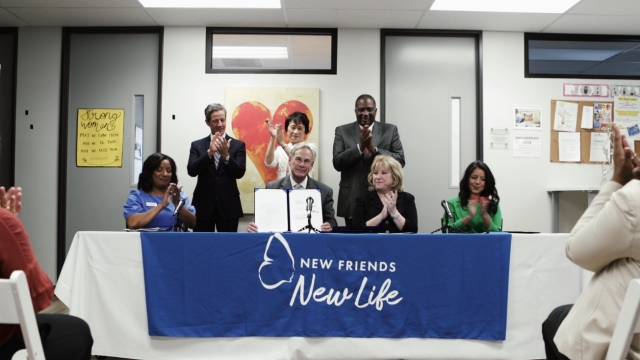 SMS
Texas Gov. Signs Bills That Target Handling Of Some Sex-Related Crimes
By Katie Cammarata
By Katie Cammarata
June 5, 2019
Among other things, the bills fight human trafficking in the state and tackle the the rape kit backlog by requiring an audit of untested kits.
SHOW TRANSCRIPT

In total, Abbott signed five bills. Among other things, the bills fight human trafficking in the state, tackle the rape kit backlog by requiring an audit of untested kits, create a Sexual Assault Survivors' Task Force within the governor's office, and establish a statewide telehealth center to expand survivors' access to nurses who are specially trained in sexual assault examination.

The lead sponsor of one of the new laws credits a joint investigation by Newsy, Reveal from The Center for Investigative Reporting and ProPublica for spurring these reforms.

"I'm not sure any of it would have happened otherwise," said Texas Rep. Donna Howard said. "Knowing the concern that was out there through your reporting and through what's been going on specifically here in Austin, as well as in other parts of the state, gave us the unique opportunity to say, this is a real problem."

Newsy's "Case Cleared" investigation found that dozens of police departments across the country, including Austin, Texas, use what's called "exceptional clearance" to close rape cases without actually solving them.

Abbott said the new laws "ensure that survivors are treated with the dignity and respect they deserve and that they are given a seat at the table as we work to eradicate sexual assault and human trafficking across the Lone Star State."