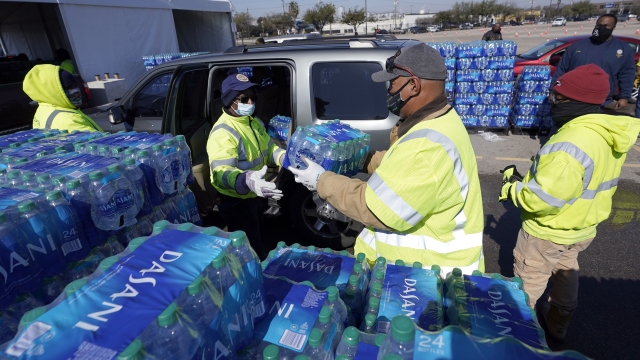 Officials in Texas are warning people their water might not be safe to drink.

Authorities ordered 7 million people to boil their tap water before drinking it, because freezing temperatures damaged pipelines. States are working to deliver bottled water to those who need it. But many are still suffering without basic essentials.

"People have been without food, people who have been without water," said Houston resident, Falyn Davis. "I have friends who still don't have water, who are having to boil water on their stove to do a little touch up. They haven't even bathed. It has truly been eye-opening."

Power is mostly restored in Texas, but officials warn the crisis isn't over yet.

"Not out of the woods yet," said Electric Reliability Council of Texas CEO Bill Magness. "We're still in very cold conditions, so we're still seeing much higher than normal winter demand. And we were obviously keeping a very close eye on that."

Hundreds of thousands of homes in Texas are still without power. That's down from 3 million earlier this week.