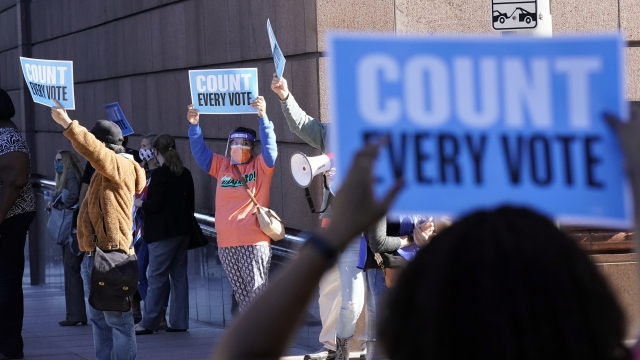 A federal judge in Texas ruled against a Republican-led effort to throw out almost 127,000 drive-thru votes just ahead of Election Day.

During an emergency hearing in federal court Monday, Republicans argued Texas law gives no explicit permission for drive-thru voting. Democrats countered that arguing about where people can vote this close to the election would only cause confusion.

Federal Judge Andrew Hanen — who was nominated under President George W. Bush and has been described as an ultra-conservative — rejected the GOP challengers saying they did not show how they would be harmed by counting the votes.

He also questioned the timeliness of filing the suit given that drive-thru polling options were announced over the summer as a safety measure in reaction to the pandemic.

Harris County, which includes Houston, opened 10 drive-thru locations where voters could cast their ballots from their cars instead of going inside polling centers. Reports show the nearly 127,000 ballots were cast in precincts former presidential nominee Hillary Clinton won during the 2016 presidential election.

Nationwide, more than 95 million people have already voted and in-person early voting is still underway in about two dozen states.