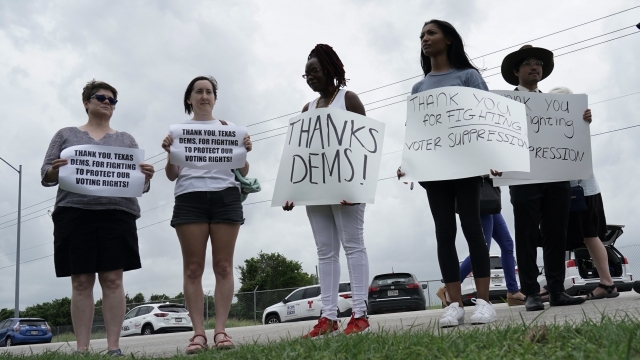 What are Texas' Democratic state legislators doing in Washington D.C.?

They left Austin Monday in a last-ditch effort to keep Republicans from passing restrictive voting laws.

With Democrats out of the state, Republicans don't have a quorum — meaning they can’t move to advance the bills.

The measures include new voter ID requirements for absentee ballots and bans on drive-thru voting and 24-hour polling places.

This is the first time in 18 years that Texas Democrats have crossed state lines left the state to break a quorum.

They’re in D.C. to pressure congress and President Biden to act. 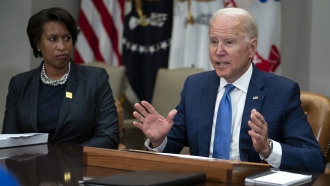 "We are determined to kill this bill in this regular in a special session, which will end on August the 7th, and we will stay out until then in order to do that. We are going to use that time to plead with our friends and our colleagues and our leaders in the Congress that the time is now. There is no more time. You must pass strong federal voter protection legislation and you must do it now," said State Rep. Chris Turner.

Now Texas' Republican governor is threatening Democrats and says he'll keep moving ahead on the legislation.

This is the second attempt from Democrats to block the bills from passing. In May, they walked out of the state House to keep Republicans from moving ahead on the measures.