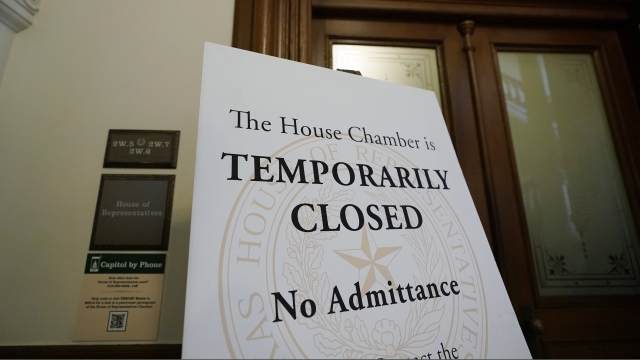 It's now been more than a month since Texas Democrats fled the state capital in an effort to block Republicans from passing voting restrictions. And they're not giving up the fight anytime soon.

The state supreme court ruled the lawmakers could be arrested for refusing to return to the legislature.

Democrats in Houston, Washington, D.C. and undisclosed locations have said the arrest warrants don't intimidate them.

Still, Republicans are likely to get their way in the end. The GOP-backed voting measure passed in the Senate after a 15-hour filibuster.

"I proudly stand here with my colleagues who have been so supportive and outspoken and leaders in this issue defending our democracy. I stand for my constituents who are not only targeted by the GOP under this bill, but will be disproportionately harmed," said State Sen. Carol Alvarado.

The measure now heads to the Texas house.