Some States Already Sending National Guard Troops To The Border 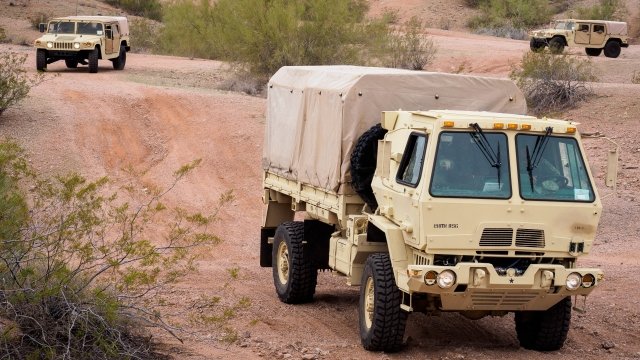 Arizona and Texas agreed to send National Guard troops — 150 from Arizona and 250 from Texas — to the U.S.-Mexico border.

But the 400 troops the two states are putting up are just a fraction of President Donald Trump and Defense Secretary Jim Mattis' final goal.

Earlier this week, the president signed a proclamation ordering National Guard troops be sent south. And on Friday, Mattis approved sending 4,000 guard members to the border.

But National Guard troops are under the control of their state's governor, and governors don't necessarily have to comply with Trump's proclamation.

A few have already decided not to. Oregon, Nevada and Montana's leaders have all said they won't send troops if Trump asks them to.

It's likely Trump will still get a few more states to support the endeavor. The governors of Arkansas and Alabama said they support the initiative.