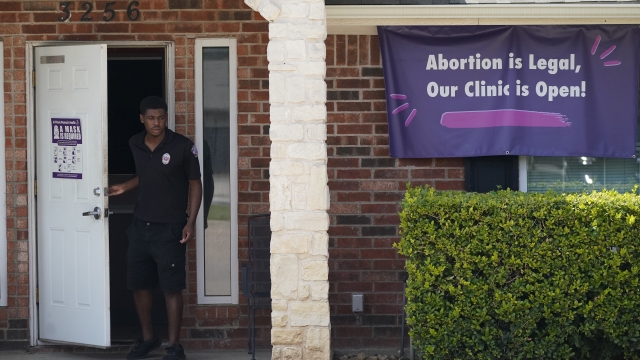 The Supreme Court will hear arguments in the controversial Texas abortion law and soon.

The justices decided Friday afternoon to hear arguments November 1, after the Department of Justice sued the state of Texas and requested the nation’s highest court hear the case on an emergency basis. In the meantime, the abortion law will remain in effect until a decision is made.

The administration is arguing that as much as 95% of all abortion providers in Texas are no longer offering care, burdening women and providers in neighboring states. They also say there’s a culture of fear and instability among providers right now with all the back and forth.

The law, which effectively bans abortion as early as six weeks and allows citizens to sue abortion providers, has been the subject of not one but two lawsuits at the nation’s highest court.

The conservative leaning bench declined to take up a case brought by abortion providers in September as the law went into effect on procedural grounds.

Providers are once again asking for them to take up their case and leapfrog a hearing scheduled for December at a lower court.

These arguments set up a decision for some time next year meaning this decision will likely become a pivotal issue in the country’s midterm election cycle.