Teva And 19 Other Pharmaceutical Companies Face Suit Over Price Hikes 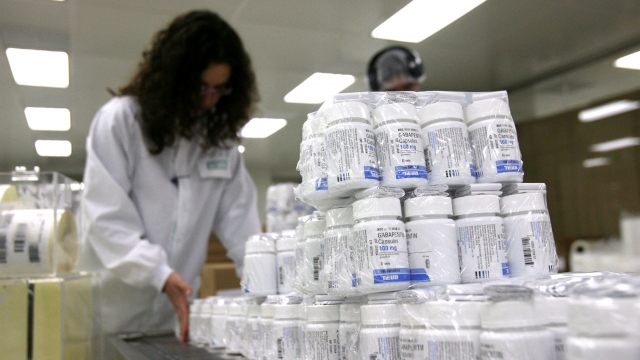 The complaint says Teva Pharmaceuticals USA Inc organized the scheme, which the plaintiffs call "one of the most egregious and damaging price-fixing conspiracies in the history of the United States."

Connecticut Attorney General William Tong says: "We have hard evidence that shows the generic drug industry perpetrated a multi-billion dollar fraud on the American people. We all wonder why our health care, and specifically the prices for generic prescription drugs, are so expensive in this country — this is a big reason why."

Tong is leading the lawsuit, which was filed Friday in Connecticut after a five-year investigation. It alleges the drug companies colluded to inflate prices for 86 medicines and that Teva, itself, boosted prices for over 100 generic medications between July 2013 and January 2015. Prices rose by as much as 1,000%. The complaint also names 15 people whom it alleges worked on the scheme on a daily basis.

Teva says it has not done anything that would lead to civil or criminal liability. A representative of Teva USA, which is a unit of the Israeli company Teva Pharmaceutical Industries, says the allegations in the lawsuit "are just that — allegations."

Generic drugs can save consumers billions of dollars annually compared to brand-name medicines. The lawsuit seeks damages, civil penalties and other remedies to protect fair competition in the generic drug market.