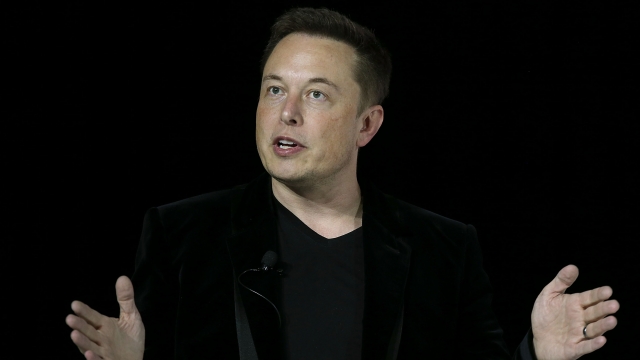 SMS
Tesla CEO Says New Software Might Have Prevented Deadly Crash
By Lindsey Pulse
By Lindsey Pulse
September 12, 2016
Tesla CEO Elon Musk says the new autopilot software might have prevented the crash that killed a man in Florida in May.
SHOW TRANSCRIPT

The company released a detailed list of improvements on Sunday and says version 8.0 of the autopilot system helps the cars see better to avoid collisions.

Joshua Brown was driving the Tesla Model S when the car ran into the side of a semi-truck, killing him. Brown was known for driving the car hands-free, and according to Tesla, the car's brakes weren't applied before the crash.

Following that crash, Tesla said parts of the car's automated driving system were not complete and the vehicle wasn't meant to be driven hands-free.

But the company claims the new version of that software has improved radar and imaging systems. And Musk says this version might have prevented the collision that killed Brown.

Tesla says the new system also learns from other vehicles. For example, a road sign might look like a collision course to the vehicle's radar. But if other vehicles are passing it unharmed, the car will add that object to a universal "whitelist" and brake appropriately.

News of this software comes after reports of Apple backtracking on its plans to build self-driving vehicles. Some said Apple would have been Tesla's only true competitor in the field.

The update will reportedly be available in the next few weeks.