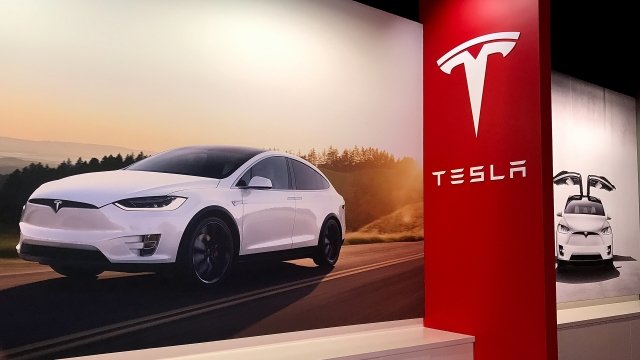 SMS
Tesla Sues An Ex-Employee It Claims Stole Sensitive Data
June 20, 2018
Tesla alleges a former employee stole and exported confidential data, but he claims he's being singled out for being a whistleblower.
SHOW TRANSCRIPT

Tesla is suing a former employee who it says hacked into the company's computer system, stole confidential information and exported it.

The lawsuit alleges Martin Tripp, who worked for Tesla's Gigafactory in Nevada, "unlawfully hacked the company’s confidential and trade secret information and transferred that information to third parties." It goes on to allege the former process technician transferred "several gigabytes of Tesla data" to unnamed "outside entities," including a video of the company's manufacturing systems and "dozens of confidential photographs."

Tesla also claims Tripp made false statements to the media about the information he allegedly stole, such as saying Tesla used punctured batteries in some of its Model 3 vehicles. The electric car company denies this happened.

But Tripp told CNNMoney "he's being singled out for being a whistleblower," and that he only did computer work that related to his job at Tesla. Tripp also said the data he was collecting "was so severe," he had to go to the media.

Tesla's attorneys have requested a court order to inspect a variety of Tripp's personal items, including his computers, email accounts and mobile phone message history.