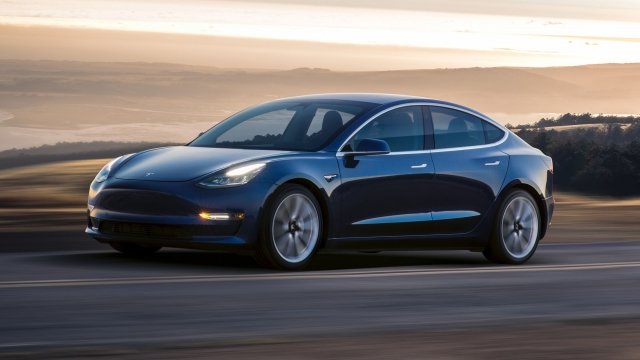 SMS
Tesla's More Affordable Model 3 Hits The Road — In A Limited Fashion
By Grant Suneson
By Grant Suneson
July 29, 2017
The first 30 Tesla Model 3s were delivered to company employees. People who pre-ordered the cars will have to wait months for theirs.
SHOW TRANSCRIPT

After a long wait, Tesla finally released its brand new Model 3 — sort of.

Tesla CEO Elon Musk delivered 30 of the vehicles to Tesla employees, but other consumers wanting to get their hands on one still have to wait.

People have been looking forward to the Model 3's release because its base price is $35,000, a fraction of the cost of other Teslas. But there are also a lot of pricey upgrades you can get. 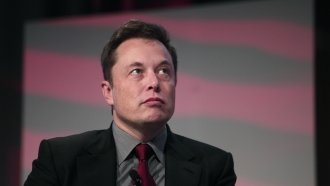 The Model 3 isn't the first inexpensive electric car. Chevrolet offers the Bolt for the same $35,000 price tag. But Chevy's brand doesn't seem to have the same excitement around it as Tesla's does.

So far, the Model 3 is living up to the hype. Reviewers like Motor Trend seem to like it, praising its design, display and driving experience.

In fact, the Model 3's biggest problem appears to be its scarcity. Over 500,000 people put down $1,000 deposits to reserve one, and Musk says Telsa is struggling to keep up with demand.

That's a good problem to have, and the company is working to fix it. Tesla wants to put out 500,000 vehicles per year by 2018. Deliveries of the pre-ordered Model 3s are expected to begin in November.