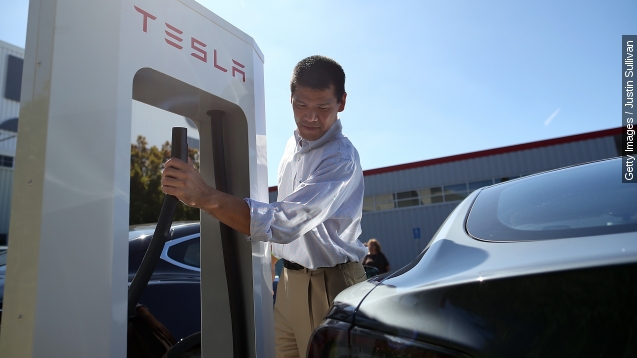 Tesla is recalling all 90,000 Model S cars it's sold worldwide since June 2012 after one report of a front seat belt not connecting properly. (Video via Tesla Motors)

Model S owners reportedly received an email Friday explaining that the car with the issue wasn't involved in a crash, and its owner was never injured by the reported flaw. (Video via Tesla Motors)

In other words, this recall is precautionary. Tesla writes, "In the event of a crash, a seat belt in this condition would not provide full protection."

Tesla's voluntary recall to inspect the cars' seat belts, in the long run, is actually a good thing. And from a PR angle, it reaffirms just how dedicated the company is to taking care of its customers and its vehicles. (Video via Tesla Motors)

Despite good intentions, though, Tesla's stock is taking a bit of a hit after the news.