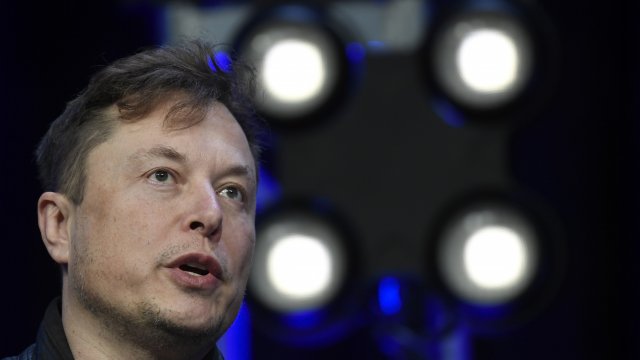 Tesla’s only U.S. car plant is open for business again in California, despite orders against manufacturing.

CEO Elon Musk announced the decision on Twitter, saying he was ready to be arrested by authorities. The move garnered praise from President Trump on Tuesday, who called on the state to let the plant reopen.

When asked about Tesla’s reopening earlier this week, California Governor Gavin Newsom approached the situation with some caution.

“Manufacturing broadly throughout the state of California is no longer restricted with modifications,” Newsom said.

But not all lawmakers in the state struck the same tone with Musk, who’s been critical of the lockdowns recently.

In a May 7 interview on the popular podcast The Joe Rogan Experience, Musk reflected on the pandemic and his recent tweets.

“There’s no shortage of negative feedback on Twitter. It’s a warzone," Musk said.

Over the weekend, Musk filed a lawsuit against Alameda County after being warned by officials that reopening the Fremont plant could be in violation of the lockdown rules. He also announced plans to move his California operation — which employs 20,000 state residents — to Texas or Nevada.