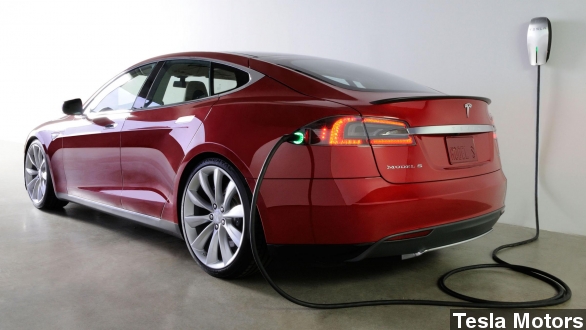 If you're interested in making an electric car, now's your chance.

Tesla Motors CEO Elon Musk said in a blog post Thursday that the company is opening up its patents to any competitor that wants to try to copy its technology. (Via Flickr / Maurizio Pesce)

In the post, Musk says, "Tesla will not initiate patent lawsuits against anyone who, in good faith, wants to use our technology."

It's an almost-unheard of move in the auto industry. The best example industry writers could come up with was Volvo's decision to release the patent on its three-point seatbelt — and that was 50 years ago.

So what is Musk trying to accomplish with such a groundbreaking move?

​In the same post, he says Tesla obtained patents so that big car companies wouldn't take its technology and run the company out of business. But, instead, the opposite happened, and the company has almost no competition.

But if Tesla's Model S is the only affordable electric car with a 200-plus-mile range, isn't that a good thing for the company? Business analysts say no.

"I think he's seeing a bigger picture. Tesla will only profit from a greater electric car infrastructure." (Via CNBC)

For instance, the company has around 100 Supercharger stations, where Tesla customers can recharge their batteries. Each one of them is an investment from the company. (Via Tesla Motors)

But if another company, say BMW, which Tesla reportedly has been in talks with, began using the newly-freed patents to copy Supercharger technology, they might build a few stations of their own, which would help both companies' customers.

Musk says he doesn't expect the move to revolutionize the electric car industry overnight, and Tesla will still hold onto its patents in case someone tries to do something underhanded. But, in the long term, he hopes opening up Tesla's patents will spur innovation and move the whole industry forward.