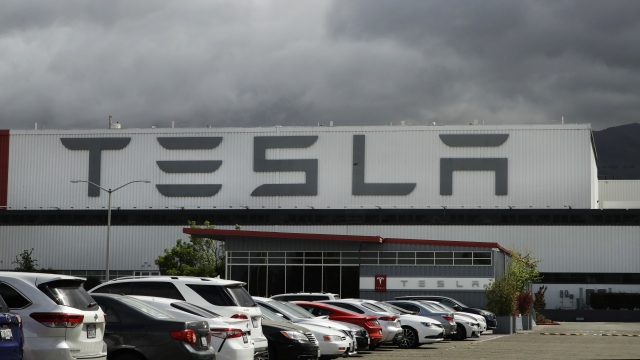 SMS
Tesla Surpasses Toyota As The Most Valuable Automaker Worldwide
By LeeAnne Lowry
By LeeAnne Lowry
July 2, 2020
Since the start of the year, Tesla shares have swelled 183%.
SHOW TRANSCRIPT

It was already the most valuable U.S. automaker as of January, and since the start of the year shares have swelled 183%. It pushed past Toyota into the top slot worldwide Thursday after it reported a remarkable second quarter, delivering over 90,000 vehicles. Analysts had predicted it'd only deliver 72,000.

The company also surpassed the market caps of Coca-Cola, Disney and Cisco.

The success comes on the heels of a recent feud between CEO Elon Musk and Alameda County in California, where Tesla has its main factory. County officials had ordered the factory to delay reopening, but Tesla filed a lawsuit. The county approved a safety plan in May, and the company says the factory is now operating at pre-lockdown capacity.