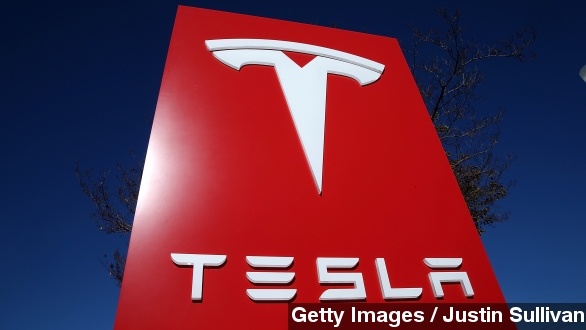 Tesla’s earnings report is out and the electric car company fell below expectations, resulting in a hit to its stock price.

The company reported a loss of $107.6 million in its fourth quarter and saw its stock drop 4 percent following the release of earnings figures. Here are the important numbers from this year’s report.

First up, we’re taking a look at deliveries.

These aren’t sales, mind you. Tesla doesn’t report monthly sales but instead gives its investors numbers on deliveries. The goal for 2014 was 33,000, down 2,000 from an earlier estimate of 35,000. (Video via Tesla Motors)

Tesla ended up falling short of that goal and then some, reporting a total of 9,834 deliveries for its fourth quarter and 32,733 for the year.

In his letter to shareholders, Tesla CEO Elon Musk explained, “Delivering those cars was physically impossible due to a combination of customers being on vacation, severe winter weather and shipping problems (with actual ships). As a result, about 1,400 vehicles slipped December and were delivered in Q1.”

Another reason for a less-than-stellar earnings report: China.

Last month Tesla CEO Elon Musk revealed sales in China were slow. He cited a misconception in the country that it’s difficult to charge the cars, something he said called for better communication.

Wednesday’s earnings report showed the company wasn’t able to translate that communication effectively. Seeing as how Tesla has previously expressed hopes of its Chinese market rivaling its American market, that’s not good.

Another interesting number to come from the report: production.

Tesla reported it met its production estimate of 35,000 for 2014 — but it just didn’t sell all of the cars it produced. (Video via Bloomberg)

Finally, as with most earning reports in tech, Tesla’s future investments are worth looking at.

You’ll want to keep an eye out for any updates on the Gigafactory Musk and Nevada Gov. Brian Sandoval announced in September.

Also keep tabs on any information regarding Tesla’s Model X, due for deliveries starting in the third quarter of 2015.