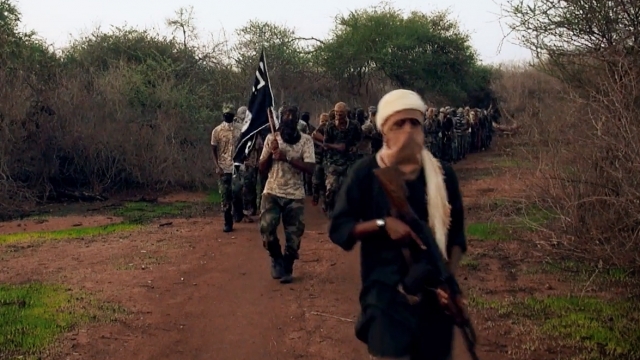 SMS
Terror Attack On Hotel In Somalia Kills At Least 10, Injures Dozens
By Grant Suneson
By Grant Suneson
June 1, 2016
A popular hotel in Somalia's capital was attacked by militant group Al-Shabab on Wednesday. More than 10 are dead and dozens are wounded.
SHOW TRANSCRIPT

At least 10 people were killed and more than 40 were injured Wednesday after gunmen and a suicide bomber attacked a popular hotel in Somalia's capital of Mogadishu. Officials say the death toll will likely increase.

Somali special forces intervened, but it’s unclear if there are any attackers still in the hotel. Two of those killed were prominent Somali lawmakers.

Al-Qaeda-affiliated group Al-Shabab claimed responsibility for the attack. Al-Shabab has carried out several deadly attacks across eastern Africa, including an attack on a Kenyan university in 2015 that killed 147 people.

The attack comes on the heels of a U.S. Department of Defense announcement that a recent airstrike targeted senior Al-Shabab commander Abdullahi Haji Daud.

This video includes clips from Al Jazeera and Al-Shabab and images from Getty Images.